Skip to content
HomePATRON TEQUILA, PERISCOPE AND MINISTRY, NOT A GOOD MIX!

Yes, most of us have been there and done that
Made some choices, did some things in direct opposition to our public proclamation
Stripped naked with no recourse we find ourselves between a rock and a hard place
There is no reason to confess the deed because it was done in plain sight, on public display before eyes that weren’t even looking at us at first
But, when the deed was done, the eyes turned towards us
Much like that all seeing eye in the “Lord of the Rings” movie trilogy
Those eyes though limited in the scope of their view, what they do see, they judge
Leandria Johnson turned up on Periscope this week
And when she decided to turn up on Periscope, she invited those eyes to turn to her
And they did 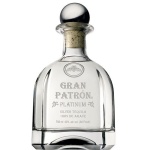 Stop for Christ
The Christ you so boldly and passionately sing about
The Christ you declare brought you to a public platform to proclaim His grace, His mercy, His grace
Many eyes are on you now, and some of those eyes need to see the redeeming power of God’s mercy and grace at work in you and your life for their own hope
Eyes that need to believe that God can take a “turn up” and turn it around to His glory
Eyes that also live hidden lives of deception away from that public platform they declare is God given
Eyes that are ready to truly walk in His light
Often, when we refuse to change on our own, God will drag us into the harsh light of revelation
Stripped naked, we must decide whom we will serve
So
Until we agree with God that our truth does not align with the only truth that sanctifies,
His truth,
Though those eyes may commiserate with our now public plight
It is foolish to expect those eyes to condone the behavior
You once publicly condemned
The question is now more valid than ever

“Turn down for what?”

Posts From The Past

Follow DonnaNotDiva Off The Air on WordPress.com
The Christian Tech-Nerd

-Reviews, Advice & News For All Things Tech and Gadget Related-

I need a corner for my thoughts!

True wealth is the wealth of the soul

Because we’re all recovering from something.